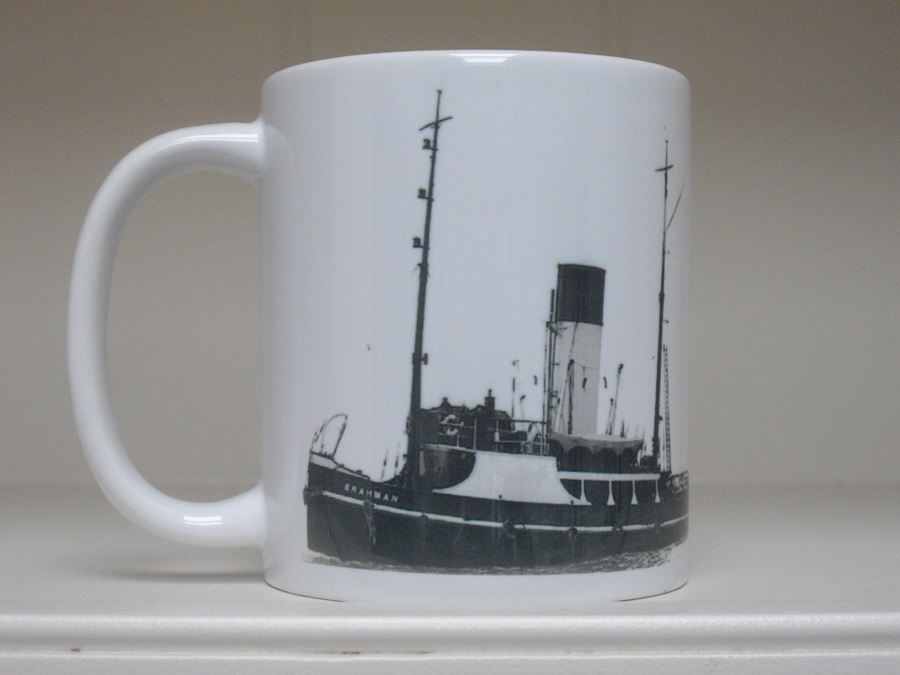 Society photo mug featuring the 1938 built tug "Brahman". Historical details printed on reverse.
This tug was requisitioned by the British Admiralty at the beginning of WW2 and renamed "Bat" to avoid possible radio confusion with the battle ship "HMS Barham".
In 1941 she was dispatched from Rosyth to assist HMS Kelly, commanded by Louis Mountbatten, when she had been extensively damaged during the evacuation of Norway.
In 1944 she served at the Normandy landings.